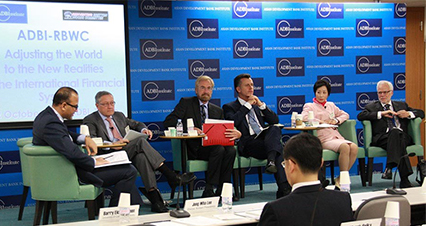 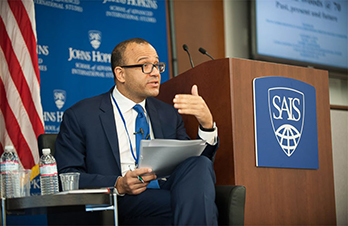 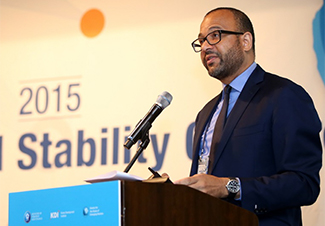 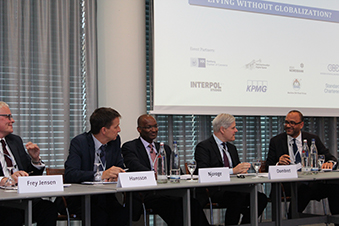 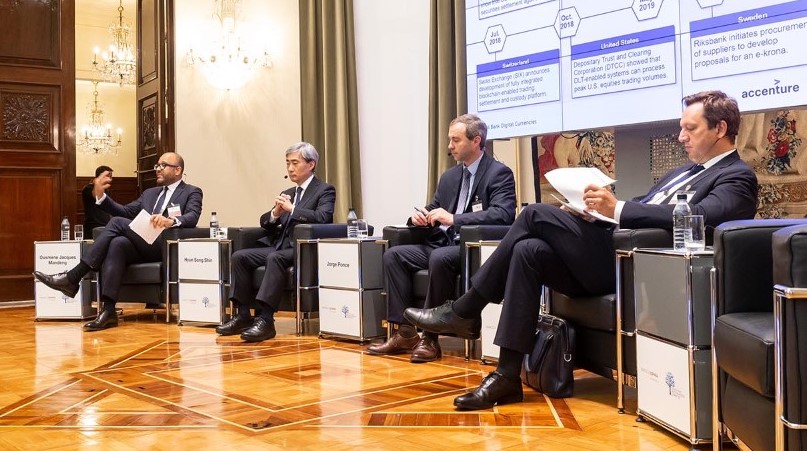 [...] In my presentation, I will provide an overview of central bank digital currency (CBDC) projects against recent financial market challenges to highlight possible drivers of CBDC adoption. To start, I will cover some high level elements on blockchain and argue that recent geopolitical tensions may make introduction of blockchain-based capabilities even more urgent.

Why do we need central bank digital currencies?

The debate about central bank digital currencies (CBDC) remains difficult. In part this seems due to resistance from the banking system, politicians and central bankers themselves amid a lack of conviction about the case for CBDC. CBDC is often viewed as a substitute of existing payment arrangements. Yet, CBDC matters because it aims to expand functionality of central bank money to serve across a wider range of use cases, signal support for financial innovation and act as catalyst for a more diversified and resilient payments infrastructure. It is also not only about central bank money innovation but the strengthening of the financial system at large. [...]

Stable coins and the cost of high grade money

Stable coins are being increasingly integrated into the financial mainstream. The U.K. Treasury recently launched an open consultation reaffirming that stable coins are basically similar to other contractual monetary arrangements. Stable coins if done right could become high-grade monies of choice in particular where central bank money is not readily available or too expensive. Different stable coin denominations could also offer new possibilities to conduct international payments. There are already some solutions, but they maintain too close a dependence on existing systems. As central bank money in the U.K. alone is estimated to cost about GBP12 billion to hold, one third of the U.K. largest high street banks' annual profits, the quest, made more urgent by rising rates, for finding alternative high-grade monies is on. [...]

International payments: The silence of the Fund

The International Monetary Fund (IMF) laments the risk of deglobalisation. At the IMF Spring Meetings in April, it warned about a fragmentation of the global economy. At Davos it did the same. Yet it remains vague and distant to possible remedies to arrest such trends. As the only multilateral institution with some though declining heft, the silence of the Fund is problematic. It has repeatedly failed to address the flagging governance of the institution and has not taken any visible measure to advance international payments reforms. Both are critical to avert deglobalisation. [...]

The recent pressure on some stable coins like tether seems to reveal underlying weaknesses in their specific set-ups. Similar events like bank runs, currency crises, “circuit breakers,” “breaking the buck” and “gating” are indicative that undue pressures may afflict any monetary and investment arrangement.1 Stable coins are no different than other monetary liabilities like bank deposits or money market fund units. They offer important additions to the range of available monies and form part of a broader trend towards increasing diversification and choice in payments. But there is room for improvement. [...]

The financial sanctions by mostly Western countries against Russia, a welcome and needed measure, has served as a reminder that ownership of an external asset does not mean control of an asset. Owning external assets is similar to owning a car but then having to ask the car manufacturer for the key every time the car is driven. China now seems concerned that its external assets may be at risk too. One consequence could be that China will seek to reduce its exposure to Western assets. Calls for a new international financial order may encourage such move however undesirable it would be for the rest of the world. The net effect though would be relatively small. [...]

The financial sanctions against the Central Bank of Russia, a necessary measure to weaken Russia’s war effort, served as a reminder that access to foreign assets depends on foreign entities. While not all central banks will feel threatened by financial sanctions amid the new geopolitical tensions, with more than US$13 trillion in central bank international reserves, some may want to revisit if existing reserve management practices remain valid. Yesterday, the Gold Council published its gold market trends highlighting strong gold demand amid a combination of the Ukraine war and surging inflation. If gold, traditionally an important international reserve asset, neutral and one that can be held locally, were to play a bigger role in international reserves, it would need a major upheaval in the gold market. [...]

Financial exit: time for a new Bretton Woods conference amid the Ukraine war?

The Ukraine war seems set to trigger a reorganisation of international economic and financial relations. New alliances are being revealed that may be incompatible with existing ones. Different economic spheres are highly likely to emerge amid significant political and ideological divergence. This new world may no longer rest on the premise of a single financial system and the ever-closer economic and financial integration from the Bretton Woods system and its successor arrangements. A new financial order is needed. [...]

Central bank digital currency (CBDC) has been catapulted from a remote concept to the core of the global economic policy agenda during the past twelve months. The debate about CBDC has advanced towards the adoption of CBDC and its implications for the financial system, in particular its impact on international payments. There has been consensus in the CBDC debate about issuance and distribution, and the focus is now on access policy, legislation, models for privacy and security, interoperability and integration. [...]

The sanctions imposed by Western authorities on the Central Bank of Russia were worth it. Yet they may also make other central banks rethink how and where their foreign exchange reserves are held. [...]

Organisation of seminars on international monetary affairs and monetary history including on CBDC, crypto-currencies, the International Monetary Fund. Seminars can be arranged in various formats including general public, working dinners, classes, lectures, interviews.

Ousmène Jacques Mandeng, Director, Economics Advisory Ltd, has worked more than 20 years in the financial sector and international organisations on international investment and economic policy analyses and now focuses on the linkages between financial innovation and monetary and payments innovations. He is a Senior Advisor with Accenture in its Blockchain and Multiparty Systems Practice working globally on digital currency solutions.

Ousmène was a Managing Director at Prudential Financial and UBS Investment Bank leading coverage of official financial institutions globally. He worked at the International Monetary Fund, last as Deputy Division Chief coordinating work on IMF lending policies and use of IMF resources and on Latin America including as a Resident Representative. He has commented periodically in the financial press and presented in leading international forums on the international monetary system and emerging markets capital markets developments.

He is a Visiting Fellow at the School of Public Policy at the London School of Economics and Political Science, a Fellow of the Reinvention Bretton Woods Committee and a Member of the Bretton Woods Committee and of Robert Triffin International. He is fluent in German, English, French and Spanish. He holds an MPhil in economics from the University of Cambridge and a PhD in economic history from the LSE.

All views expressed in this blog are those of Economics Advisory and not necessarily those of Accenture or other clients.

Get news from Economics Advisory into your inbox